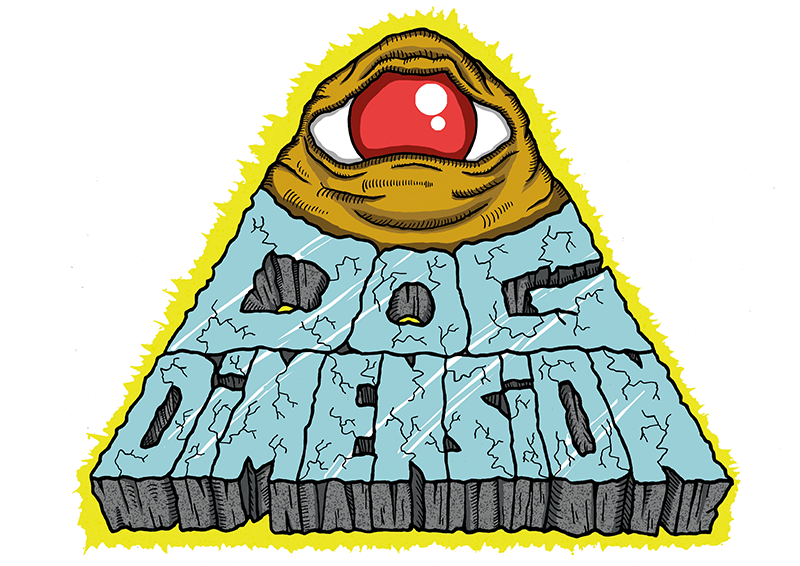 Raw, ecstatic and bold: Three years after their formation, power-trio Dog Dimension are releasing a third EP, “Rabies”. After “Area of Outstanding Beauty” (2019) and “Endless Summer” (2021) the Berlin-based rock outfit have honed their bass-guitar-drums setup and unmistakably shaped their individual sound. No detours: The six songs on “Rabies” are more about capturing you with a constant, groove-ridden punch, and the courage to combine alt-metal elements with grunge riffs. Even though Dog Dimension have developed their own musical language, you can tell their influences include Tomahawk, the Melvins and every so often Damon Albarn. The band briefly sneaks into drum’n’bass and trip hop territory toward the end of this 23-minute EP, which will be released on May 13 on CD and digital – vinyl will arrive in autumn due to material shortages. Surprising as some of these new musical ventures may seem, the band has undeniably found their musical foundation with “Rabies”. Next stop: album!

Sticky, sweaty, melting: “Endless Summer” immediately transports you to the hottest day of the year. The third EP of Berlin-based band Dog Dimension navigates through a world of dystopian pool parties and throbbing stretches of asphalt, captured on five slick songs that maneuver between experimental rock, grunge and alt-metal on a classic guitar-bass-drums setup: While “Sticky People” is lush with tribal rhythms and hypnotic vocals, “Scrunchy Face” rattles through your ears like a speeding e-scooter on cobblestones. A cool-headed verse and a slow-mosh chorus exchange an affirmative nod on the title track “Endless Summer” – the doom-disco bridge lurks patiently behind the next cowbell. The power trio sprinkles “Doggernaut” with the occasional blast beat, while “Drop Shadow by the Pool” gently grazes avant-rock territory. A record that is, simply put, fun – or to quote the band’s singer: “My brain is hanging on a thread / It’s summer and I’m happy / I don’t want it to end”.

The Berlin based power trio Dog Dimension has teamed up with “The Sticky People”, expanding the band’s classic bass-guitar-drums setup by piano (Rieko Okuda), french horn (Elena Kakaliagou) and cello (Sicker Man) to record the instrumental piece “Agonizer Of 1998” on a chilly night in Berlin in March 2021. This tape release also features a heavy industrial “Sto Sticky” remix by Ian Medina and a drone rework of “Agonizer Of 1998” renamed as “Agonyhuan” by hue.

The Berlin based power trio Dog Dimension has teamed up with “The Sticky People”, expanding the band’s classic bass-guitar-drums setup by piano (Rieko Okuda), french horn (Elena Kakaliagou) and cello (Sicker Man). The instrumental piece “Agonizer Of 1998” was recorded together with all six musicians during a studio session on a chilly night in Berlin in
March 2021.

Now available on limited cassette, including a heavy industrial “Sto Sticky” remix by Ian Medina. “Dog Dimension & The Sticky People” performed for the first time ever on October 1 at ausland in Berlin.

»Area Of Outstanding Beauty« is a whirlwind of six luscious, in-your-face songs. Dog Dimension have a knack for keeping the arrangements fresh and exciting, whilst never shying away from hypnotizing instrumental parts. Lyrically the EP takes you on a journey from cleverly crafted metaphorical pep talks to dystopian depths and dream-like scenes, with a gentle touch of tongue-in-cheek and a not so gentle touch of anger. The band has found just the right sound for their style of song writing, which might evoke a 90s flashback in some, yet has the potential to establish itself in contemporary alternative rock music.